The island of Capo Passero faces the town of Portopalo, right in the extreme southern tip of Sicily. Bathed by the Ionian Sea, it measures about 35 hectares and is separated from the mainland by a shallow strip of sea, about 300 meters wide.

“Connected” to the mainland by a strip of sand, always submerged but easily walkable when there is low tide, the island can also be reached by canoe, pedal boat or with a small fishing boat that carries the transport to and from the island during all day at fixed times.
Here you are: in front of you, a very fine amber beach that gently slopes on the seabed and crystal clear sea … A stop is obligatory!
After enjoying this first wonder walk inland: you will find the old tonnara warehouses, (just where you moored if you arrived by boat), where the tools of the Tonnara di Portopalo are kept.
From here a narrow dirt track winds through thick vegetation of dwarf palms, which will lead you to Forte di Capo Passero, a valuable work of military architecture of the seventeenth century, which dominates the whole island.
Built by the will of the Viceroy of Sicily Marcantonio Colonna in 1583, this fortress was finished in 1652 under the reign of Philip III King of Spain.
Immediately next to the fortress, you can admire the bronze statue of Maria Santissima Scala del Paradiso, created by Mario Ferretti and inaugurated in 1959, which dominates the whole island, a look that “protects” the navigators and the town of Portopalo.

All around the coastal scenery has radically changed: here a rocky stretch overlooking the sea has taken the place of fine and clear sand.
To visit the rocky area and discover the many sea caves, such as the “Polipo”, which offer light games generated by the reflections of the sea, we recommend the tour of the island by boat, the best way to enjoy all the wonders of this naturalistic pearl.
The island of Capo Passero until the mid-eighteenth century was connected to the mainland by a thin sandy isthmus, which connected it to the “Spiaggia del Collo”, located in the immediate vicinity of the center of Portopalo.

We have also witnessed this thanks to the ancient maps, which indicated the current Island of Capo Passero as a small rocky promontory that was going to form a peninsula stretched out towards the east. Subsequently, the currents caused the submergence of this tongue of sand, thus forming the current channel, which is about 300 meters wide.

On the western shore of Capo Passero, just in front of the center of Portopalo, there are still the old Tonnara buildings, where the scieri (the boats used for tuna fishing) and the large iron anchors are still present. These buildings date back to 1640, and were built by the will of Pietro Nicolaci, an ancient tonnara gabellotto.
From the point of docking of the boats there is a path of about 800 meters that leads to the “center” of the island: along it you first encounter the ruins of a church dedicated to the Madonna del Carmelo, built in the seventeenth century, and then arrive at the Forte di Capo Passero and the Virgin Mary Scala del Paradiso, bronze statue erected in 1959 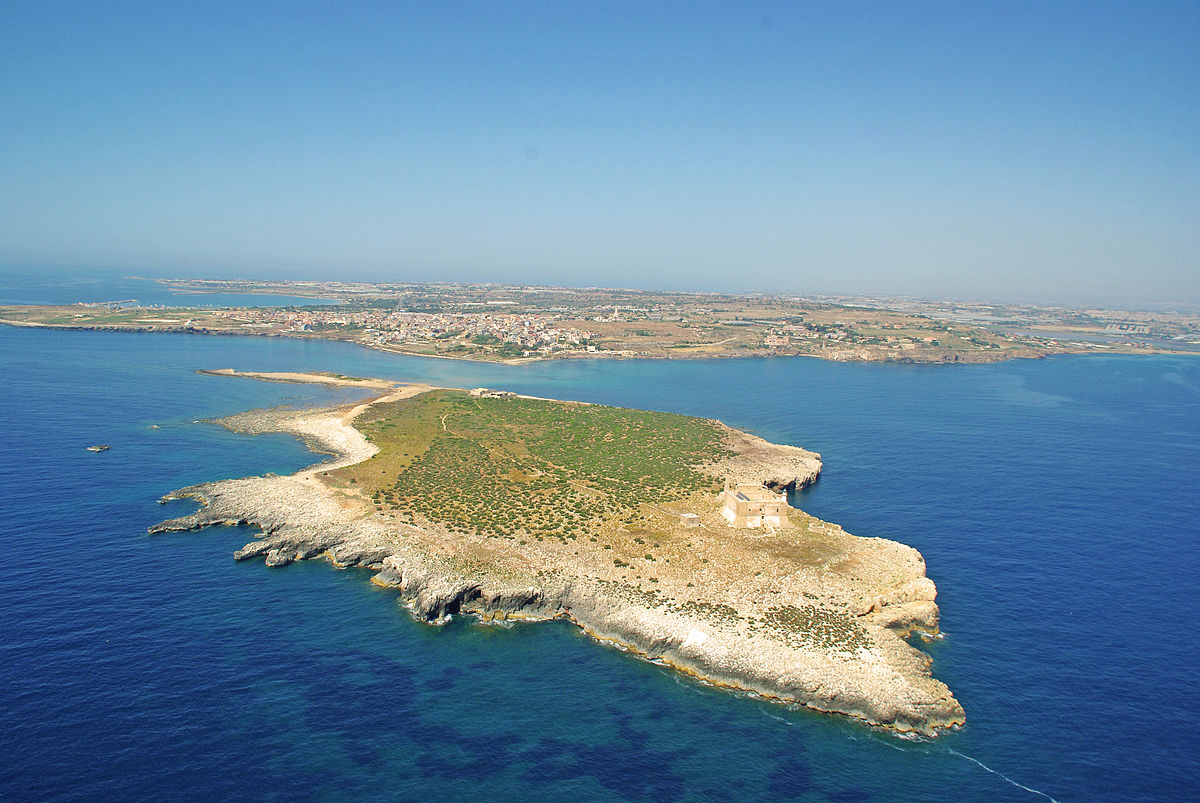